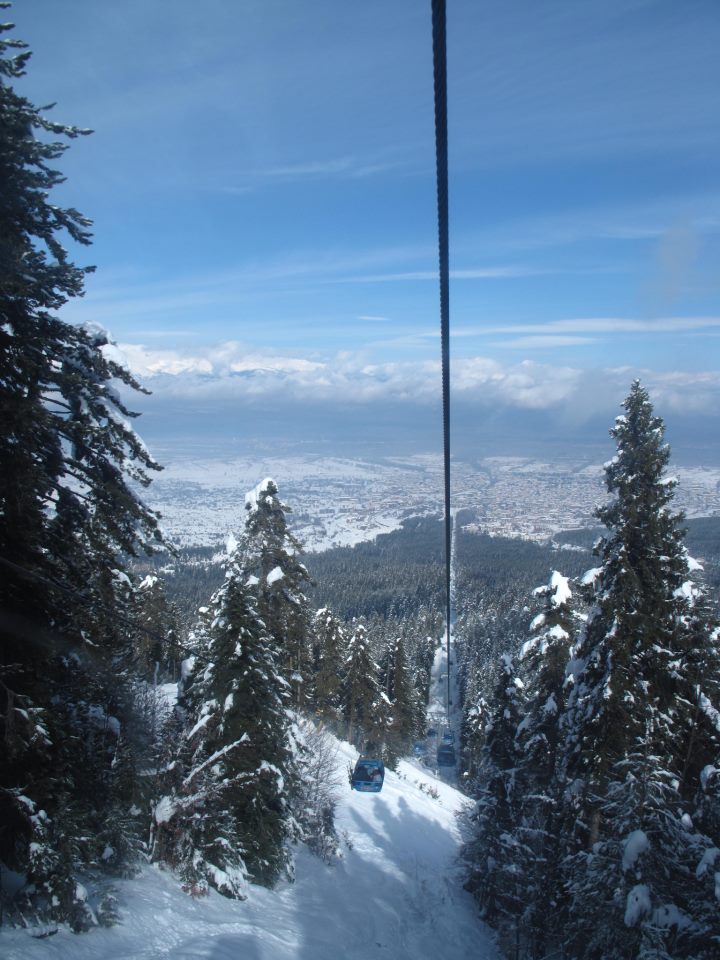 U26 Open European Champs were held in Bansko, Bulgaria near to the boarder of Greece(!!?). That far we needed to travel to enjoy the spirit of biathlon and explore a new place for competitions! I had never been so ”down” on the map, otherwise we were not down at all, but just 1600 meters above the sealevel and we reached the shooting range just taking a gondol lift 20 minutes up from the small hotelvillage area. I just left home on Sunday to take a train to Helsinki and next day we flew via Frankfurt to Sofia and a 2- hours bus journey took us to the middle of three mountains area.

Two days we train in the variuos mountain weathers, including 30cm new snow, icy track, and a wonderful sunshine. I prefered the last one.. B) On wed the juniors  ran their own individuals and we continued on Thursday with a soften track and cloudy day with a couple of minus celcius. I managed to perform well on the range, dropping 18 out of 20, and being 5th fast. However, my skiing was horrible maybe due to hard conditions plus track and the 3rd day up, I just couldn’t get any oxygen to my theys and so this hard track juiced me dramatically. Place 38th was a catastrophe. Next day I decided to stay down in the village cycling and go to the gym cause the traveling up and making just 1 hour training would have taken exhausting 3 hours I guess^^

On Saturday we were supposed to have Sprint but this time the races were cancelled due to fog!!! Men’s Sprint were prescheduled twice before they could finally race on Monday! Oh poor guys who were finishing 3 Sprints to get an official result first on Monday instead of those who had the final start group and finishing just once!^^D  We finished Sprint on Sunday, though. Our biathlon association didn’t give any money, waxmen or coach to ECH’s in Bulgaria (embrassing, isn’t it?!!!), but therefore I got a more professional waxing and coaching from Austrian team!! Danke sehr..!! I had super skies and I got a reason to smile!!=) However, already in Zeroing it was nearly impossible to see the targets, and I just shot twice, knowing I had it in the middle yesterday as well (take a change!)^^D I hardly ever make any corrections to my rifle… in the race I had a thick fog during my prone shooting and needed to aim every spot moving the pipe away from the targets just to orienteer back to the next spot. I didn’t see either did I drop the targets or not until I stood up and notice, zero!!:D I felt much more powerful by skiing and dropping 4 out of 5 standing targets I was happy to notice I was not so far away from top 20! The World Champion Medalists Monica Hojniz and Julia Dzhuma were on the podium, so I accept my less than 3 minutes lost, having one penalty loop. Anyways, I’m satisfied, still knowing there’s a lot of work to do for the next European Champs in Nove Mesto 2014!! Due to rescheduling the races I wasn’t able to race pursuit, though it was very annoying. Instead dropping the targets in Bansko we head back home, taking everything out of the sunday’s athlete’s party and waking up early on Monday. 0_o : D 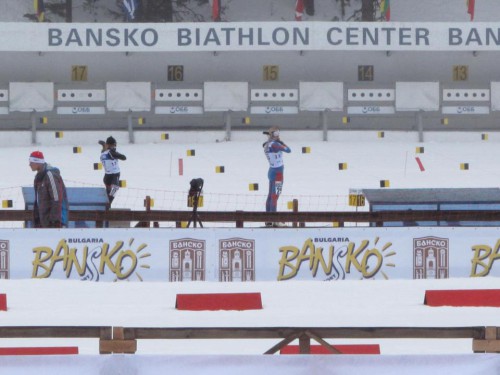 My shooting speed and hits are top, my shape getting better and my smile wider. It was pure joy to be back there among the people where I enjoy the most!! Racing, traveling, speaking languages and charming boys hahaX) Sorry G to getting you so upset when you heard about my engagement…^D Thanks once more to Ukraine team and Semenov who brought gently my skies from Slovakien up to the mountains of Bansko and Waxcabines, Great Britain and Simon who waxed my skies for trainings and helped with scoping my trainings, Austrian zeroing, waxing, giving and taking drinks… Ihr seid super!;) GLG

I got some bacterial infection perhaps from the pool during the trip and just on these days I’m getting the right pills,  I’ll be fine^^ Sunshine and -10c it’s pretty good start for the last training session before Finnish Champs in 3 weeks. After that we ski also the Cross-country Finnish Champs here in Kontiolahti and I’ll be finished with this small amount of races in the season. Now it’s time for a break by my parents, as I’m all alone now here in our huge flat; Ahti is shooting birds in Oslo and Sampo learning how to be a good policeman in Tampere. Poor me!