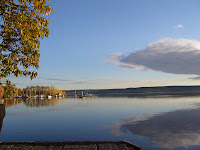 Wieder hier…Çava?.)
It took a while before I’m back here, but it means only that I’ve been busy..!! And in this case training!:) Autumn is already here as the leaves are falling from the trees and it’s been really chilly and rainy. Luckily I’m heading soon to lovely Ramsau!!:) On Sunday finnish biathlon A-/B-team will travel to München and straight way to Ramsau am Dachstein… I hope the weather will be as great as last year; sunshine and shorts ”downstairs” and nice skiing auf dem Gletscher!! We’ll see, I’m anyways more than glad to be back there as these surroundings here are getting a bit boring sometimes… Even if our austrian ”helper” Joe Obererlacher is back here in the city and will train our younger biathletes the next two weeks. (Pity that our sportclubboss didn’t realize the fact that nearly half of the team is at that time in Ramsau!!^/)

Anyways, the coach things are not any clearer, but we have to live with the fact that the system will work like this until next spring. Then’s the time for change, maybe…
Me and my little brother had hard VOmax tests last week in Vuokatti and it looks good for the coming season!… counting; two months to go…:D And one month will pass quickly when we are in Ramsau 15 days and then what else…:))

The fact why I wanted to write here actually was the desicion, Kontiolahti will held biathlon World Championships 2015!! So there’s a way to go.. I hope I’ll be racing there, reaching the top. but it means hard training 4,5 years… good coach(es) and training system! And I guess >I need also some change in my surroundings! More than probably I’ll be spending my training time somewhere abroad.. Best offers will be taken on!;)

Now my russian and french books are waiting for me^^’) Eh, I’ve been already a couple of times at school, but I bet I’m not able to finish even half of the courses that I’ve chosen!.D Maybe I’ll take my Bachelor exams in the spring..:p 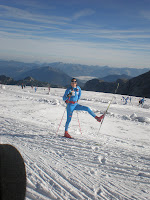