As you didn’t already know…:D My super little brother was 4th in the JuniorWorldCHampionships Sprint in Nove Mesto! So little did he lost.. 0,3 seconds from the medal!! It’s so close.. but only shows that he is fit!!! Beware-.- Pursuit wasn’t that great but 13th place is still great!!:P Congrats!
(He also won in January the Cross-country Finnish Championships on 10km’s skate race U23 and he’s just 21. great potential..!=)) 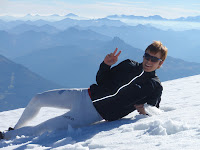 I had my own champange in the fridge^^’ And it’s been delighting a bit as I’ve been a bit sick since I came back home from the hard World Cup circus.. And also a lot of other disturbing things going on…

I’ll be training (when I’m not sick..) two weeks from now on at home. And leaving to Ridnaun, Italy for preparationcamp for the European Championships at 14th.. probably:D
Can’t wait for…:)) After the Ridnaun there’s a chance that you may see me also in WOrld Championships.. But that’s still a bit unsure:) Updating later!!
School…???? I’ll take care of it! NOW:D

AND ABOUT THE SUCCESS AND BIATHLONLIFE;

All we can blame is firstly, our crazy big brother who was the first of us three to start this tricky sport called biathlon (I bet you’ve never heard!:D), then we must blame our parents who kicked us to go out rather than sit inside the house playing nintendo. ( I must be allergic to winter air..) As well we have to blame our grandmums taking care of energybalance when we have been ”busy” (=lazy:D). Too delicious…yok.
Mostly we have to blame also the coach(es) on the way… Why on earth they were yelling there about technic and all the advice… horrible! And what if there were not our biathlonfriends and colleagues who were training with us, pushing us forward year by year.. (Don’t they anything else to do?)
And about the sponsors and sport Club! Shame on you.. so much supporting and waste of money! And finally we are blaming the non-biathlon friends.. disturbing the focused, all-the-time-biathlon-in mind -living… shame shame on you!!

Shame on all..:D and This speech was not about to blame on you. It’s all about thanking=)
Really:) 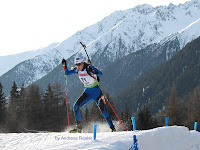