I missed them. I missed the qualiraces in the middle of December just to notice right after that I won’t get anywhere…

And that was just because I was sick during the week before the compettions and I was too weak to race. Ironically, on Sunday and Individual race, only 3 girls finished and they all got into the IBU-cup or even World Cup team. 50% is quite good for hitting the targets. LOL
Then it was me, in the brink of total depression, determined not to start at all… so I would avoid a possible myocarditis (heart disease if you train/race when being sick).
So I thought our biahtlon association would bring more than 3 girls to the ”neighbourhood” Otepää, but no, it would be too expensive. I don’t even know if it was just a question of money, they just didn’t want me in. B-team coach and the big bosses may think I’m a badass and should quit. That’s how it feels. Instead of falling into despair I am training well at home, and for sure, I will show the big pigs how good I am.
Luckily I’m not writing this at 18th of dec or 1st of Jan when I was so pissed off, I mean totally.

I did a couple of good races before New Year (f.ex. 1+0 etc.), but they were just some unofficial races which of course didn’t have any effect on selections. Less than 1 Minute I lost to Sanna in the long pursuit-kind-of-race and she is now in WorldCup! Observing the shooting performances both in World Cup and IBu-cup I’m pretty sure I would have succeeded, as I did also perfectly last year and now I’m even in better shape! But if and if are stupid words. Life sucks.
Some points to notice next year: 1) You have to race, always. You’re never too sick… 2) If you happen to perform well once early in the season, do NOT finish any race you think it would bring a worse result than earlier or someone could beat you. 3) Keep an excellent relationship to the coaches ”above” you. In the tricky decisions you could be the one who is IN. 4) If you have a lot of money it can help you to get into the team. Unless you have lack of money do not hesitate to stay at home. This year we pay 350e per week if top 20 result does not turn up at once. 500e in WorldCup, that’s really nice job… 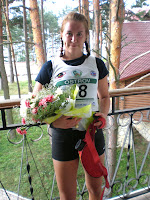 There would be a plenty of nice points in my heavy-hearted brains. But it’s time to focus on the next races. I did a excellent 3K race last Sunday whn we had a North Carelia Relay with 7 legs and different ages and styles! I’ got a powerful feeling and now I’m eagerly waiting for the next qualiraces on 19th and 20th of January. Let’s see if I get any company or does the association already make the selections beforehand, and without me. Ridiculous, before new Year racing I took an extra 1K loop, and as funny it is, I finished just 40seconds after the local winner. hehe. So without my racingfellows around Europe there are nobody who could give a good run to me^^ buuu

After races within a week I might be able to ski in Martell and after that maybe European Championships in Bansko, Bulgaria. Cause I’m not NOW abroad there are hardly any chance to get into the WorldChamps team, even though I probably could fit in more than well.
So that’s the plan. I hope you had nice Christmas holidays and this will be you Happy New Year. I got at least a nice pre-Christmas present when I got engaged now on the 20th of Dec. ” Schön aber sehr schade” said one of my friend. It means he was sorry to know I’m officially out-of-single-world, such a nice lady… but of course it feels great!!:D That was a real rescue from falling into the deep depression…

Thanks for the nice wishes and congrats, and sorry to being so rude this time^^ 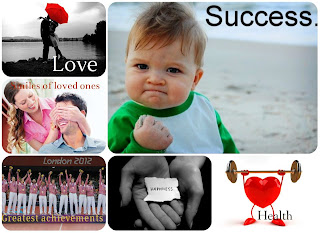