And it’s officially over!
The Biathlon season 2010- 2011… It started 4th of November and was finished 4th of April when we had these Finnish Championships.
I think 6 months are enough for this far and I didn’t want to even think about racing until Easter holidays^^’

ANyways, Finnish Champs and 3 races in the row. At this point of the season it was extremely tough. After one race it was already hard..
We did well in Friday’s relay as our Kontiolahti sportclub team Sarianna, Katja and me took Golden medal! It was actually tough fight against Oulu team as I left to the final leg 30sec after the leading team! But we did it! ANd that was all:D
In sprint on Sat I was a bit exhausted, but ran the race finishing 5th with 2 penalties, long after Winner Kaisa! She won 2nd finished Mari 2,5minutes… so so:D Outstanding performance again from her!:)
On Sunday and mass start the the foggy and a bit rainy conditions made the race even more hard! But finishing 6th with 1013 penalties.. eh. last standin ruined my silvermedal thoughts.. (just to mention Kaisa didn’t race on that day!)

But relieved feeling after the last finals!!! =) a couple of hours after the race we went to play floorball… nearly 2 hours fun. and after that we were not drinking only hart sport liquids^^’D

So 4 weeks we have kind of vacation. I consider it like the holidays from the work! ”Normal people” have theis 4 weeks holidays every year. So do we:) SO now it’s the time to visit the friends, cousins.. take maybe some days off abroad to relax and so on.. maybe even some party^^D

One thing I made at first time in my life last saturday.. Trance rave Party in Helsinki!! Laserpoint Labyrinth whatever it was called, anyways:D Everybody was dressed in White and there were a lot of laserlights and of course a lot of people!! great. 8 hours pure trance music. Sander Van Doorn from NL and Blank & Jones from Germany, there are some great Dj’s to recommend!:))

Well, Now off to KneeLakeCity (my hometown Polvijärvi) to relax during the Easter holidays..:) I bought also a new snowboard from one of the best snowboarders in Finland, so maybe I need to try this gorgeous board more;)
I was also planning a last minute flight to somewhere and as well as visit in Switzerland but I’ll do it maybe later then or not at all^^’

But I wish you all Happy Easter! Frohe Ostern! Glad Påsk! Hyvää Pääsiäistä!! 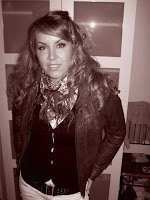