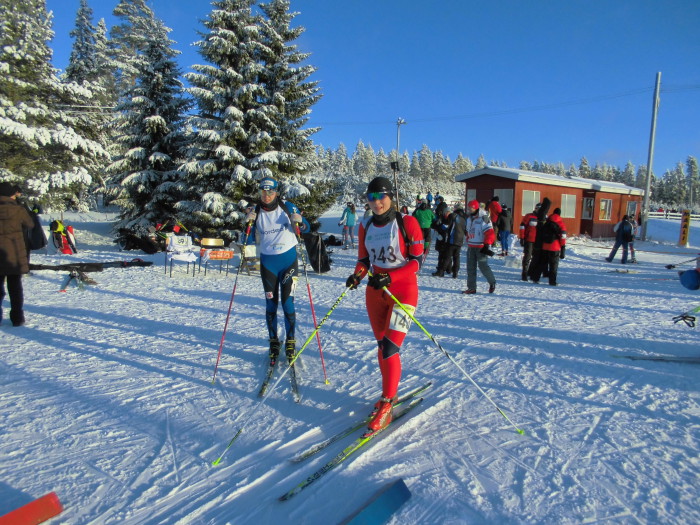 We had the qualifications at the weekend in the western Finland, nearly 7 hours away from home! On Friday we just briefly visited the competition ”stadium”. These biathlon places are pretty much jokes compared to our home stadium in Kontiolahti. Anatoly was swearing and trying to fix matts for the training, but it was impossible because of cold weather (-17) and ”potatoe field” was just too hard.

However, we started the weekend with individual race and 15 K. I had been waiting for my revanche against the girls skiing abroad in World Cup and IBU-cup, but NONE of them appeared to the area… WTF? I did well on that day, 0+1+1+1 penalties and I got a good winning marginal. In the snowfall this race sucked all my energy but I was relieved to get a good race, finally. Next day was worse. I had empty legs and the tricky wind ruined my prone shooting, just within some millimeters out of the spot. 3+0 penalties and I ended up 3rd. That was still fine, but now it feels so pointless. Our fine association and the coaches think really weird, they had the names already planned before hand. And the first day didn’t mean anything. Now I miss also IBU-cups this year. Instead that they would let me try once again to reach top 20, like I’ve been doing every season since 2010, they don’t really want me in. Now top 20 will not happen cause I haven’t got any oppoturnity. LOL. They gave only 3 names to IBU that there can’t be a 4th lady on the line either 0_o bitter.

Fair play isn’t a sentence here, our B-team coach offer a place…, one has been sick for a week, but was ” the best finnish in IBU-cup in Jan”.. means if you happen to be 33 of 37 finishers, that’s great. And I bet there would be a hard fight of the places, but if you don’t race you get the place automatically. Clever.  Well, only one of the ladies I allow big thumbs up!!! Anna was great at the weekend, and now after she lived the autumn in our flat she’s like a sister… and first time abroad!! cheers!:) otherwise I say just bullshit.

Now come on, I’m at home. I try to get my upset mind focus back and aim to the next goals. There are not much left during this season, and it feels I haven’t even really started that!! Now I ski a couple of  xc-races, then maybe European Champs and then Finnish Champs and finished. How empty I feel.

I was swimming in the lake today, I’m not angry, upset and depressed anymore, you gonna focus on the next season, I decided. So see you in Bulgaria. Then I will take my revanche. Au revoir! 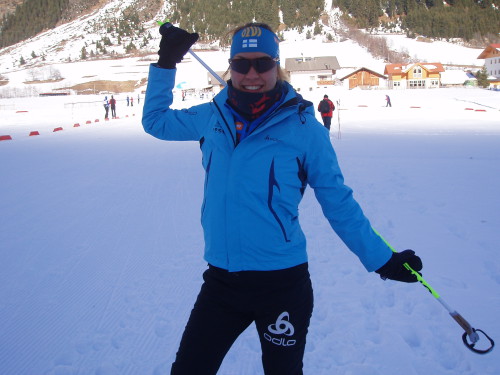