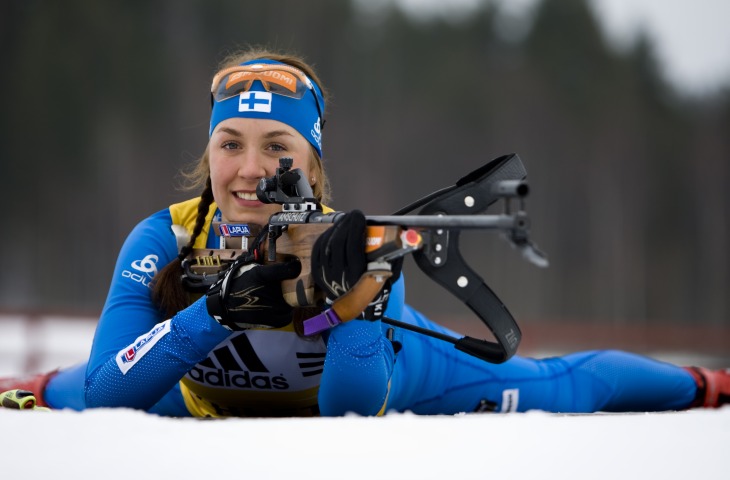 Once upon a time there was a gorgeous winterwonderland called Muonio. When the ground in Joensuu was covered by mud, in Muonio otherwise, the snowflakes were falling down from the misty sky.

That was the scene when we arrived up to the north in the beginning of November. 10 days trainingcamp included a lot of skiing and was supposed to give the final boost to the first starts of the season. I had also a good program, planned with my coach. However, my stumbling stone was the tiny cottage which we shared together with three younger boys from the same skiclub as my roommate Anna. Once we settled down there was a battle between an athlete and the three rebells… And being annoyed all the time when the restrictions of sporty life didn’t interest them at all got me run out of battery mentally. Overloaded. Without getting a proper nap in the afternoon and a lack of dreaming hours nearly ruined my camp. I become into these thoughts afterwards when it was time to race and my lazy feeling on the skies was a mystery. I did enjoy my long tours in the beautiful landscapes and snow— we had it enough luckily.:) I also went to the local gym with Ahti and Kaisa and we bet who would lift the most weights in bench press. Kaisa’s coach Jarmo took a clear win when me and Kaisa shared the 2nd place and stayed in 62,5kg. Ahti didn’t take a part;) We also confronted same problems as the athletes in World Cup, the slippery matts on the shooting range were causing problems with shooting. Otherwise I shot nearly perfect ha:D 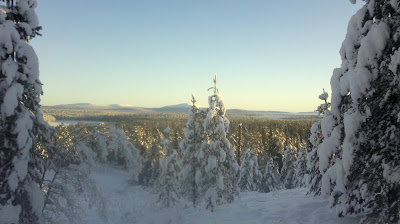 So after the more and less succeeded trainingcamp up there we drove back home over 9 hours on the icy roads and resting only three days before qualiraces here in Kontiolahti wasn’t obviously enough. Friday morning was a cold clear day and the track was great! Unfortunately, they put some new fresh snow to cover the stones  in the evening and the track become a softy horror. The sprint on Saturday was hard for me, the track was also soft and wet. I hadn’t raced since April in Finnish Champs and now there were the first races and the wc-track with all the big upphills. I managed to drop 9/10 but lost still over 3 minutes to Kaisa. I thought my feeling would be better the day after, but I still crawled deep in snow also in pursuit. 5 penalties didn’t get me shine like a diamont and I fell out of the undersized WC- and IBU-cup teams. Finland will not send anybody to Ridnaun and the next chance to earn tickets is next weekend when we have qualiraces here in Kontiolahti. I caught a cold last weekend (still raced, stupid ass..) and I’m still a bit sick at the moment. So I’m aiming to be healthy and fit for the weekend, and then we’ll see how we progress to the next level. there’s only a tiny hope left today…

Luckily Christmas is coming!! And Ahti is als coming home next week. 😀 And also my dear friends are coming to town for Christmas!! And Sampsa got a place in Police Academy so the moving southwards is coming closer all the time:))  So there are some things to get better now even though my instinct says I maybe can’t perform at the level where I would like to be, but take a chance, make a change and breakaway….